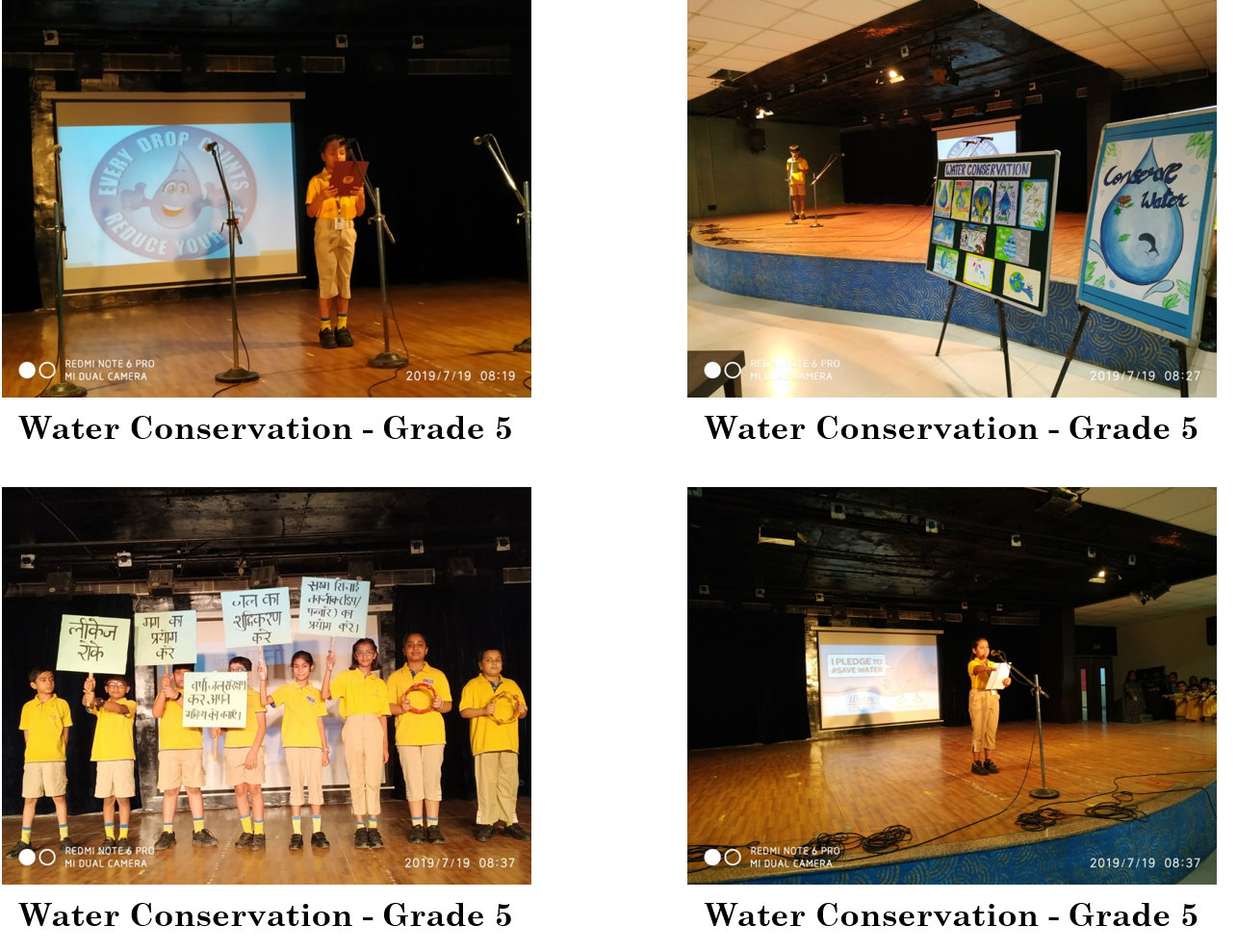 Billabong High International School, Noida is celebrating nature in its myriad forms throughout this academic year as the theme for the year is Climate Action. Keeping this idea in mind andaccording to the guidelines given by the District Inspector of Schools (DIOS), the learners of Grade 5hosted a special assembly on 19th of July on Water Conservationwherein they explained their peersthe importance of water and the need to conserve it.The assembly opened with a prayer followed by the Power Point Presentationon Water Conservation, a video on the consequencesof unseemly usage of water and a Nukkad Natak ‘Jal Hai To Kal Hai’. One of the learners named Aditya Srivastavarecited a self-composed poem on ‘Water Conservation’. The message of the poem was loud and clear that either we conserve water or learn to live without it.The assembly concluded with a pledge to make an effort to consciously ensure that we do not waste water and thereby save our Planet Earth.